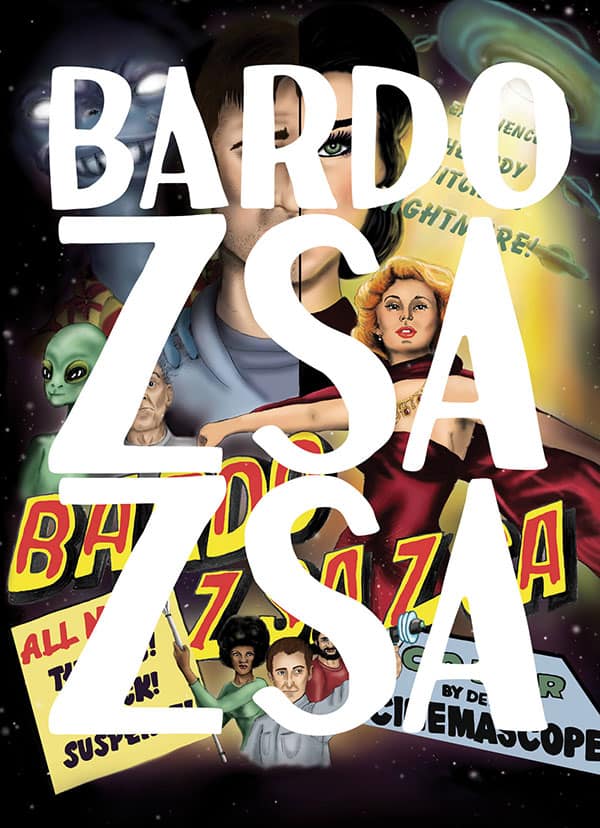 After experiencing a series of harrowing Gilligan’s Island themed alien abductions, Russell Johnson flees his midwestern life for the safety of a Californian UFO cult that promises a benevolent starship rescue. Instructed to “drop their husks” via vodka, pills, and applesauce by their eccentric leader, Russ and the members of Heaven’s Gate manage to reach an alien spacecraft, but to their horror, realize it belongs to Xenu, the same media-obsessed pants-less warlord who had been abducting Russ. Despite finding humans entertaining, Xenu plans to reboot the Earth, keeping The Gaties as specimens of the imminently extinct human race. Appealing to the powerful alien’s love of tacky earth culture, Russ convinces Xenu to give humanity a final chance: three sci-fi B-Movie scenarios where Russ and his crew would be embedded into the bodies of the leading characters. Can Russ and his team prove humanity is worth saving while wrestling with the subconscious personalities of the beings they have taken over? And what does ‘worth saving’ even mean to the unpredictable Xenu? In the tradition of Kurt Vonnegut Bardo Zsa Zsa explores character and the human condition through the medium of science fiction.