QR and the organic world

The messages of  plants (to themselves, to us) are  mysterious yet produce the bounty we embrace as “Nature.” As in ; “I  like nature!” Leave aside for a moment the whole “cute eats cute” phenomenon of nature (predator/prey, life/death) and we effectively have a symbol (let’s say a tree) that figures prominently in the human psyche and in human art dating from the earliest caves. When I made a series  of  this white-on-black (vinyl) paintings, at first the center remained empty. Like an empty stage, it called out to be filled  with something–a performance, anything.

How did the QR symbol arrive in that space? It’s hard to say exactly. I think the drama of it’s black-and-white design, plus it’s omnipresence in advertising (and now menus, etc.) linked them. Was QR a form of nature? Yes, in that it exists, it was created by humans and in the sense that everything (however much it is called artificial)  is made by materials of Earth, by creatures of Earth (ie. us). 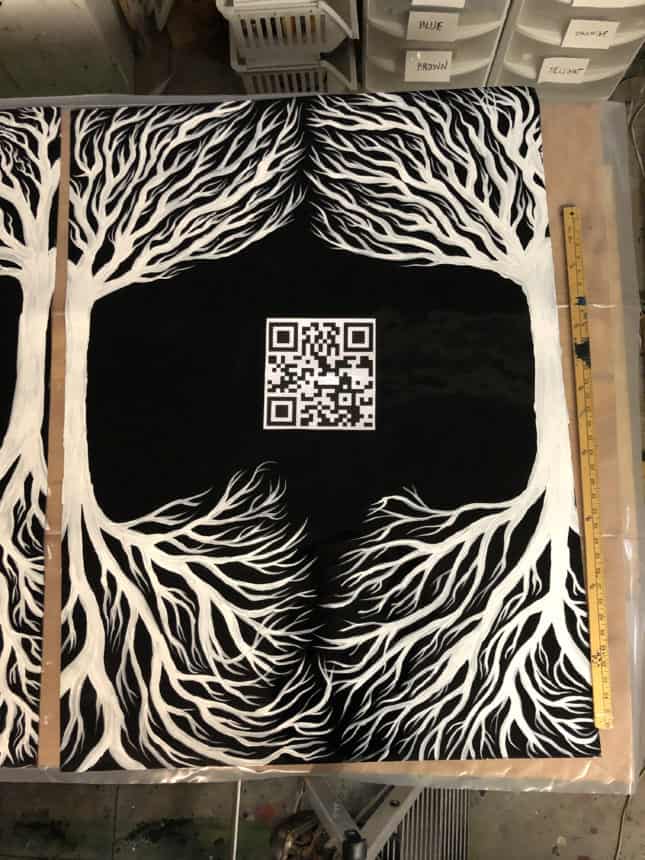